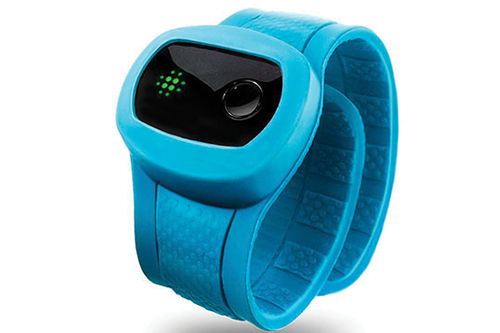 Over the past few years, anti-vaccine fear mongers have been perpetuating repeatedly debunked claims of ties between immunizations and autism—causing vaccine rates to drop. According to the National Immunization Survey-Flu and Behavioral Risk Factor Surveillance System, from 2009 to 2010, only 43.7 percent of all kids ages 6 months to 17 years nationwide received influenza immunizations. But luckily the tide is turning. From 2013 to 2014, flu immunizations were up to 58.9 percent of the population and rates are on the rise. “The vast majority of people are immunizing their kids in a timely fashion,” says Dr. Margaret Fisher, a former president of the New Jersey chapter of the American Academy of Pediatrics and medical director of Monmouth Medical Center. And now people who have been vaccinating their kids are asking why their children are being exposed to children who haven’t been vaccinated, Fisher says.

The Centers for Disease Control and Prevention (CDC) estimates each year, 1.6 to 3.8 million sports-related concussions occur in the U.S. Of these, 30 percent occur in athletes ages 5 to 19 participating in football, wrestling, girls’ soccer, boys’ soccer and girls’ basketball. Concussions and their lasting impact on a child’s health are scary stuff: memory loss, personality changes, epilepsy and increased risk for Alzheimer’s and Parkinson’s diseases, to name a few. All this is causing parents to reconsider their kids’ involvement in high-risk sports, says Dr. David Wang, primary care sports medicine physician at the Hospital for Special Surgery Paramus Outpatient Center. “They have more questions about the risks of their sport, and participation rates in certain sports seem to be declining.” Participation in Pop Warner, the country’s biggest youth football program, fell 9.5 percent between 2010 and 2012, the organization’s largest decline in decades. The good news is that medical experts predict this decline will lead to increased pressure on the sports organizations to make participation safer. “We have already seen this in football with stricter penalties for targeting the head and in baseball with rule changes to avoid collisions at home plate,” says Wang.

Health study after recent health study has been raising concerns about the damage sugar can do to your body—everything from increased cholesterol levels to increased risk of obesity and the associated chronic diseases. So expect to see sugar become the new health battleground for kids. According to Fisher, this year, the Food and Drug Administration may require food manufacturers to label how much extra sugar they add to their foods.

The wearable tech trend that’s taken the fitness world by storm recently will hit the little kid scene in a big way in 2015. Products like Leapband by Leapfrog ($39.99), which encourages kids to move their bodies to keep a little pet happy, and X-Doria’s activity tracker, KidFit ($49.99), which gives kids daily point goals that they reach by upping their activity levels, will be big. “Technology can be very valuable for fitness—if it gets kids up and moving and active, it’s a wonderful thing,” says Fisher.

The number of children hospitalized for mental health issues is rising sharply: According to a University of California, San Francisco study published in the April 2014 issue of Pediatrics, the number of children being hospitalized for mental health issues increased 24 percent from 2007 to 2010. “There’s been a steady decline in the number of inpatient admissions for children with medical needs and a dramatic increase in admissions for behavioral-health issues, like eating disorders, suicidal behavior and behavioral disorders so severe they can’t function in the outside world,” says Fisher. “We need to be very attuned to the behavioral and mental health of our children and the stresses of our modern lifestyles.”

6. Shortage of specialists in NJ

The New Jersey Council of Teaching Hospitals projects that by 2020, the state will experience a deficit of more then 1,800 specialists. And it’s part of a national trend: According to a May 2012 Children’s Hospital Association survey, of all U.S. children’s hospitals, 38.8 percent report pediatric neurology specialist vacancies, 29.9 percent report pediatric general surgery specialist vacancies and 28.4 percent report developmental pediatrics specialist vacancies—all of which have been open for 12 months or more. Wait times are up, too: It now takes a staggering 14.5 weeks to see a developmental pediatrics specialist. As the number of specialty doctors continues to dwindle, parents’ abilities to get their kids convenient, timely care will also, so expect to travel further and wait longer for appointments.