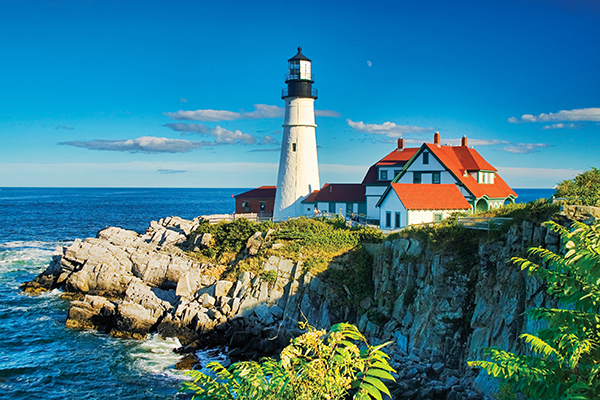 Where to Stay: Southern Maine has plenty of scenic towns, but if you’re looking for variety, head to Portland. This bustling city is Maine’s biggest, and boasts upscale food, shopping and activities to keep everyone busy. It’s close to popular beaches and all those spectacular lighthouses Maine’s known for. Even better? Fresh lobster’s on every menu.

What to Do: Walk through the city’s Old Port district filled with original cobblestone streets and quaint boutiques selling handmade goods like jewelry and pottery. Stop to eat at local faves like the novelty Dimillo’s On the Water, a floating restaurant docked in the harbor, or try fancier fare at Eventide Oyster Co. Take a ferry for the best views of Portland Harbor and spend the day exploring the shoreline on Peaks Island. Hop on a trolley and visit sites like The Henry Wadsworth-Longfellow House or Portland Headlight, the most photographed lighthouse in Maine. Old Orchard Beach is nearby and has pier fun akin to Point Pleasant at Palace Playland, or head to the quieter Crescent Beach State Park so the kids can collect seashells. Go half an hour north to Freeport, a town known for its outlet shopping, as well as the huge original L.L. Bean store, where you can pick up some new boots and take part in outdoor events like bike rides and fishing demos.

What Else to Explore: Head to Kennebunk (and Kennebunkport), where you can spend the day shopping, eating, antiquing and visiting estates like The Wedding Cake House. If you want something active or less touristy, drive further up the coast to Rockland. This charming town’s crown jewel is the Farnsworth Museum, filled with a massive original collection by painter Andrew Wyeth, as well as works by his father, N.C., and son, Jamie. Rockland is near Boothbay Harbor and Camden (two cute port towns), where you can catch whale watching cruises.

Details: In Portland, you’ll want to be in the thick of things. Stay at the Westin Portland Harborview across from the Children’s Museum & Theatre of Maine and the Portland Museum of Art. If you can swing it, head to the rooftop bar to enjoy those spectacular views. In Rockport, the Samoset Resort is a must. It’s on the water, has coastline views for days, golf courses, kids’ clubs and pet-friendly options if you want to bring your pup. In Kennebunk, pamper yourself at the White Barn Inn. Picturesque cottages and fine dining will make you feel like you’re lost in a secret garden. 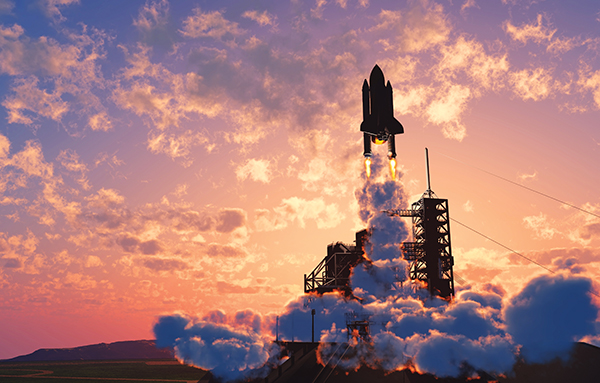 Where to Stay: If you plan to stick to one spot, stay on-site at Disney World or Universal. Most of the resorts’ hotel packages come with perks like early park access, express-line passes and free shuttles to each park. Or, escape the crowds at night and rent a vacation home about 20 minutes away. Davenport and Clermont are popular areas (check homeaway.com or vrbo.com)—though you’ll need a car. Off-site villas usually come with a pool and amenities like a washer and dryer, too. We stayed in a roomy four-bedroom in Calabay Parc, Davenport.

What to Do: Thrill-seeking kiddos will want to race to Universal the moment the plane hits the tarmac (The Incredible Hulk Coaster is beyond Marvel-ous!). There’s a new Harry Potter coaster opening this year, too. Aside from ongoing marine conservation efforts, SeaWorld is bringing Sesame Street to its park with amusements galore. The kids can splash around on rides, sing along with Elmo and party with Big Bird at the park’s daily parades.

What Else to Explore: Take a hike through one of Seminole County’s eight wilderness areas, where you might spot otters or even a black bear. Then make a pit stop at a nearby farm-to-table restaurant like The Smiling Bison. The foodie scene here boasts a smorgasbord of international cuisine even the pickiest of little eaters can’t resist. Zip across Lake Jesup in Oviedo on an airboat (Black Hammock Adventure captains are US Coast Guard licensed). The lake hosts one of the largest populations of gators in Central Florida, so be ready to snap pics. Head to Orlando North for stunning scenery and trails, or drive 45 minutes north to Florida’s Space Coast, which has 72 miles of gorgeous beaches, five downtown districts of art galleries and occasional can’t-miss rocket launches (time your visit just right to catch one!). Plan a mission to the Kennedy Space Center, too, and learn about being an astronaut (visit the center’s website for launch dates).

Details: Check in at Universal’s Endless Summer Resort Surfside Inn and Suites (opening mid-2019) for the full experience. Relax at The Westin Lake Mary in Seminole County, or land the kids at Radisson Resort at The Port in Cape Canaveral. 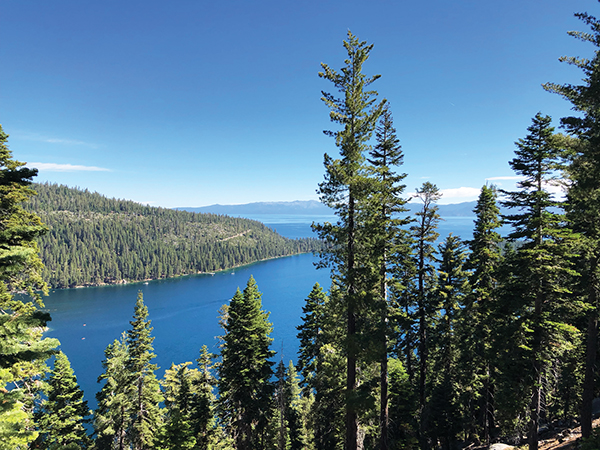 Why It’s Awesome: If your family loves skiing, you probably know what an epic destination Lake Tahoe is for snow sports. But it’s pretty amazing in the summer, too. Straddling the California and Nevada border, it’s known for its pristine blue water and spectacular Sierra Nevada Mountain views. From hiking and kayaking to horseback riding and waterfall hopping, it’s an idyllic destination for an active family vacay.

Where to Stay: Heavenly Village in South Lake Tahoe is in the heart of Tahoe’s outdoor adventures and beaches, plus it’s walking distance to restaurants, shops, art galleries, shows and kid-friendly fun.

What to Do: Emerald Bay State Park is considered by many to be Tahoe’s crown jewel. Carved millions of years ago by glaciers, the park is a natural national landmark. Stop at Emerald Bay Lookout— one of Tahoe’s most photographed spots—for unforgettable views, and tour Vikingsholm, a historic 38-room marvel of Scandinavian architecture. You’ll need to hike down a steep one-mile trail to reach the house, which is open for tours from Memorial Day through the end of September.

One of the best views is from atop the Heavenly Mountain Gondola on a 2.4- mile ride through the mountains. Stop at the observation deck for photos, then head up the Tamarack Express chairlift for more panoramic views and access to hiking trails. The ultimate adventure pass gives you access to an alpine roller coaster, ropes courses, zip line, climbing wall and more. There’s no shortage of gorgeous beaches, either. Kings Beach State Recreation Area, Baldwin Beach and El Dorado Beach are a few worth visiting.

What Else to Explore: Heavenly Village is teeming with restaurants, shops, live music and attractions. There’s plenty of kid-friendly fun, too, like bungee jumping and the popular Magic Fusion show, where magician Robert Hall manages to sweet-talk an audience member into giving him a $100 bill that somehow ends up inside a lemon. We loved taking in the eclectic mix of art galleries in the area after a daily morning hike. Van Sickle Bi-State Park, which has a range of trails for all levels, was a favorite since it took us through both California and Nevada.

Details: Make sure to fly into Reno- Tahoe International Airport. The Marriott’s Timber Lodge in Heavenly Village felt like a home away from home with two bedrooms plus a full kitchen, living and dining areas and two bathrooms. Since these aren’t traditional hotels, you’ll need to check availability on sites like vrbo.com or redweek.com. 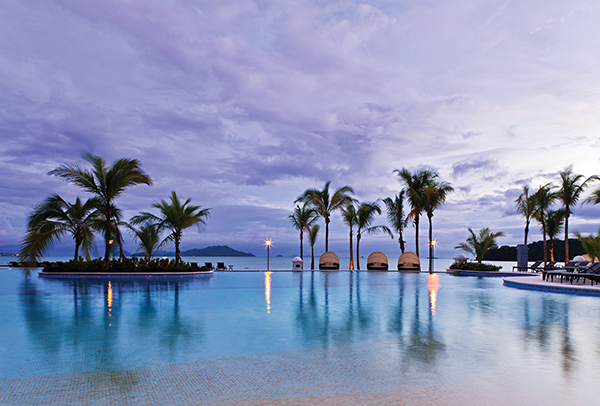 Why It’s Awesome: Whether you want a relaxing beach vacation or a history- and culture-filled adventure, Panama has all your bases covered. It’s also a prime destination for snorkeling, beaching, surfing, rafting, zip lining, hiking and camping.

Where to Stay: Panama City, the nation’s capital, boasts all the cosmopolitan perks of a bustling city—top-tier dining, sightseeing and shopping—while maintaining aspects of its rich heritage and colonial past— Spanish architecture, indigenous art and historical monuments.

What to Do: Head to the Panama Canal’s Miraflores Locks to learn about its history and impact. Stick around to see a massive ship pass from the Pacific side to the Atlantic on the observation deck, and tour exhibits on the Canal’s biodiversity, construction, operations and global significance. Marvel at sloths, butterflies, monkeys, leaf-cutter ants and more from a gondola 600 meters above the ground in the protected Gamboa Rainforest Reserve.

The aerial tram goes through the canopy to an easy walking trail that leads to a 100-foot-tall observation tower. Tour Casco Viejo, where you’ll find 16th-century Spanish colonial buildings side-by-side with mod bars and cafes. Tour restored churches, shop indigenous handicrafts and stop at a raspado cart for a snow cone-like treat made of shaved ice, fruit syrup and condensed milk.

What Else to Explore: Grab a bite by the beach at Restaurante Karimar, known for no-frills Panamanian cuisine. Fresh ceviche, camarones al ajillo (garlic shrimp) and fried whole sea bass are popular here. While at Gamboa, take a canoe ride down the Chagres River to meet indigenous Embera villagers. And be sure to stop at one of our fave spots, The Sloth Sanctuary: The kids will squeal over the sloths sleeping, snuggling and munching. Other fam-friendly sites include The Museum of Biodiversity (all about Panama’s ecosystems), The Amador Causeway (an ideal spot for family bike rides along the water), Metropolitan National Park (a tropical oasis near the Canal) and Punta Culebra Nature Center (run by the Smithsonian Institute).

Details: It’s about a five-hour flight from Newark, and the dollar is widely accepted and equal in value to the national currency, the Balboa. Be prepped for rain, unless you go during dry season between December and April. The Westin Playa Bonita boasts views of the Pacific and nearby rainforests, a secluded beach and multiple infinity pools. There’s also a kids’ club (ages 4-12, 9 am- 8:30 pm) that hosts cooking lessons, movie nights, mini discos and more.

Editor’s note: Some places provided accommodations for review purposes, but opinions in the story are our own. Rates vary depending on the time you book. 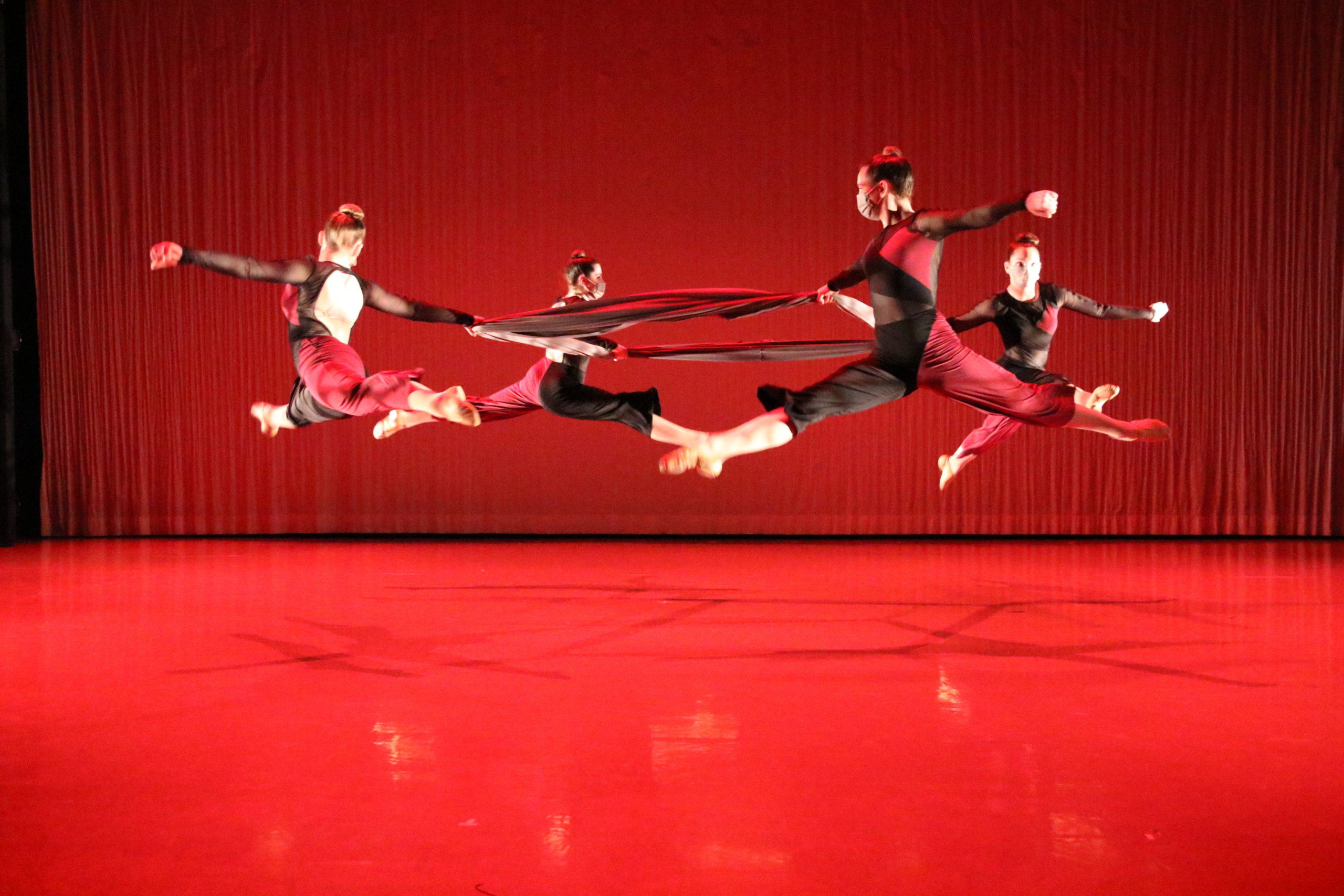