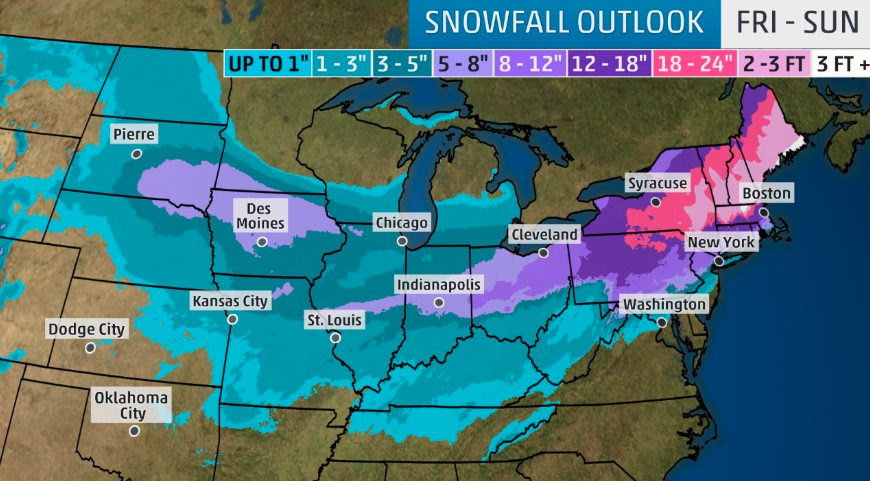 It's finally time to dig your shovels out of the basement and snag your bags of salt: The year’s first snowstorm is reportedly on its way to the Garden State. Prepare for the worst and be ready with snow day entertainment if they end up being cooped up this weekend.

Winter Storm Harper is currently obliterating the the west side of the country with snow, but she’ll be on the East Coast all weekend long after also whiting out the midwest.

While the forecast may change a bit, this is essentially what we know: Two storm systems are moving our way starting late tonight, where light snow will fall until Friday morning, likely about 1-2 inches statewide, according to the National Weather Service. Come the weekend, that number will go up to 6 inches in more northern areas of the state, and even closer to 12 in some areas.

Harper will start to spread to the Northeast come Saturday afternoon, bringing sleet, strong wind and freezing rain with her. Saturday night is when it’ll ramp up, accumulating 5 to 8 inches by morning in some areas of NJ. Current forecasts show NJ is in for ice and a wintry mix. Areas in the interior Northeast that get the most snow will be most at risk for power outages, but the snowfall amount that’ll come to the tristate area specifically will likely depend how quickly the weather changes from snow to rain, according to weather.com. 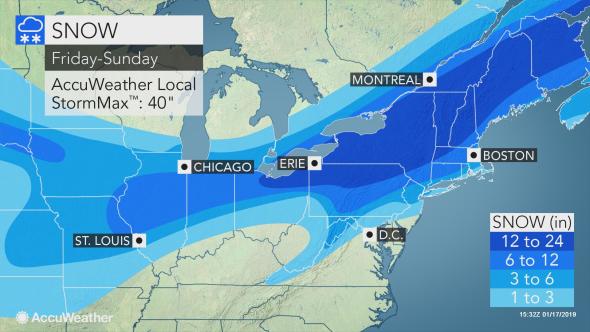 According to accuweather.com, the top half of NJ will be getting about 3-6 inches between Saturday and Sunday (though there’s a chance that more than 6 inches will fall). The more south you are, the lighter mix it’ll be. Northern NJ is also slated to get significant ice, at a thickness could possibly damage trees and take out power. As the storm goes on through Saturday night, conditions will change to a wintry mix and/or rain—but Sunday could bring more snow.

Monday’s low temps are also likely to freeze over what’s left of the storm, so slippery conditions will be widespread. Travel will most definitely be affected, and if you had plans to hit the road, you may want to reconsider driving.

PSE&G also advises to keep a distance of at least 30 feet from downed wires, as they should always be considered live. If you’re trying to heat up your home, don’t run any gas-powered generators in an enclosed space (that leads to carbon monoxide poisoning).